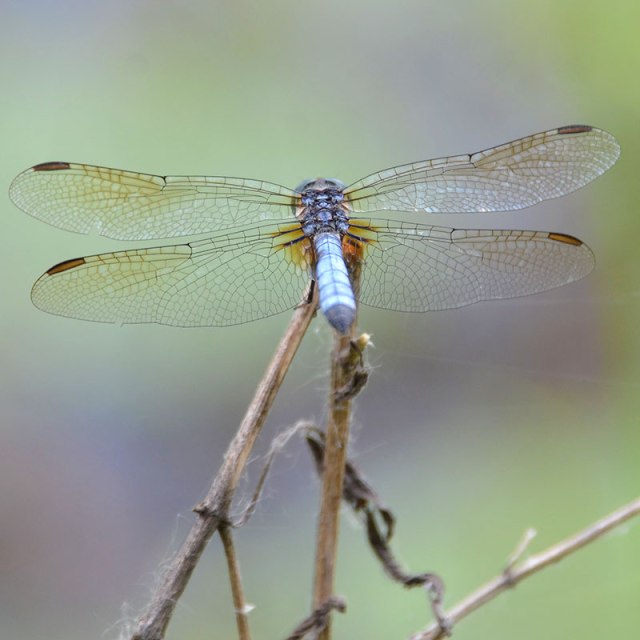 Do you know the difference? I finally do, but it took a while seeing many of them before it sunk in. First thing I noticed was the dragonflies are porky compared to the slender damselflies. 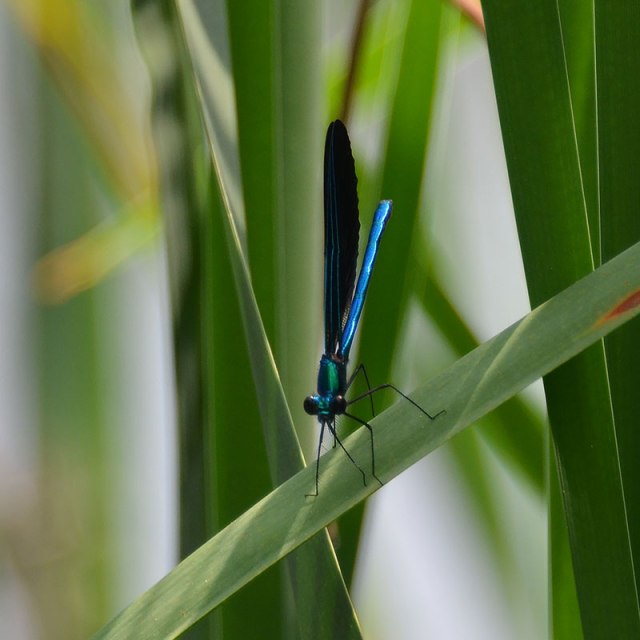 Next thing I saw that was different was the way they positioned their wings at rest. The dragonfly looks like an airplane. The damselfly points them skyward or backwards and they are held together.

The eyes are different too. The damselfly has two big, separately spaced eyes. The dragonfly, the eyes run into each other. See how they meet at the top in the image below? 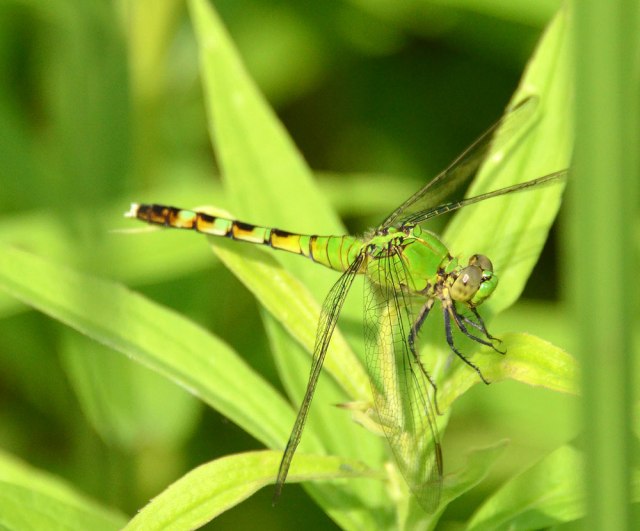 Both come in lots of colors. It really is like finding a prize when a new variety is spotted. 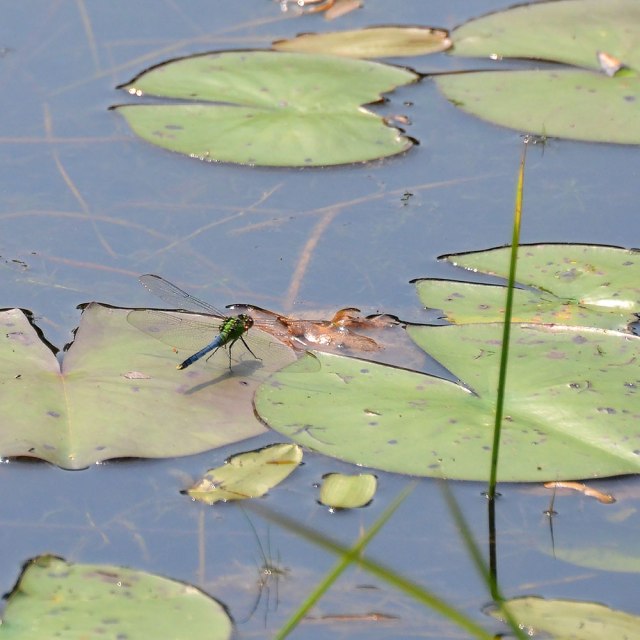 And both do the nasty in a similar way. 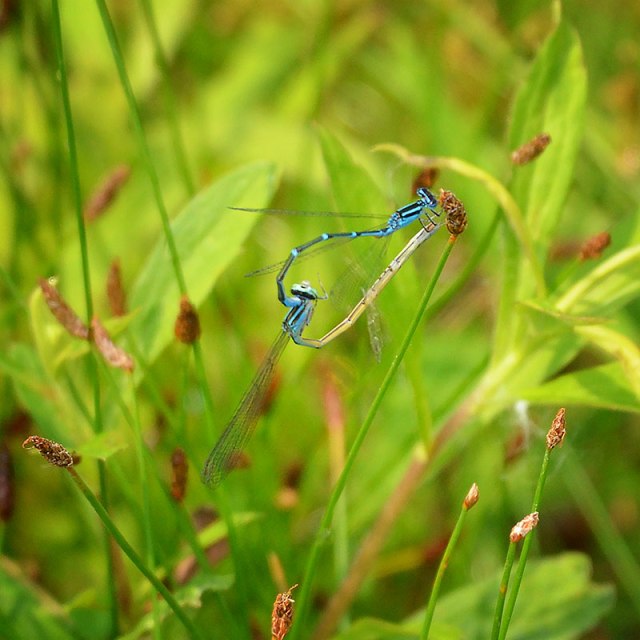 I bet you did not think I was heading in that direction! 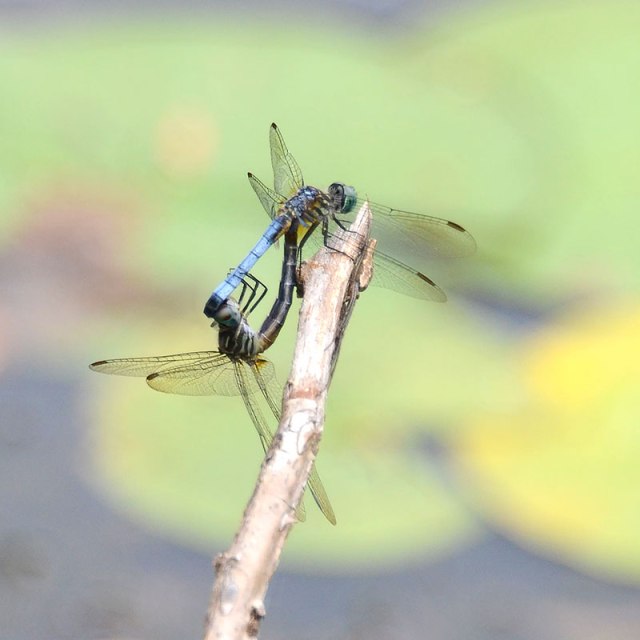 And you think your day is bad…

Getting a theme here? I keep running into insects in the middle of their private moments. Did you see on GWGT the two Red Milkweed Beetles. I got the dirtiest look from the female. Also don’t miss last post, Dragonflies in Gold.

16 Responses to Dragonflies and Damselflies