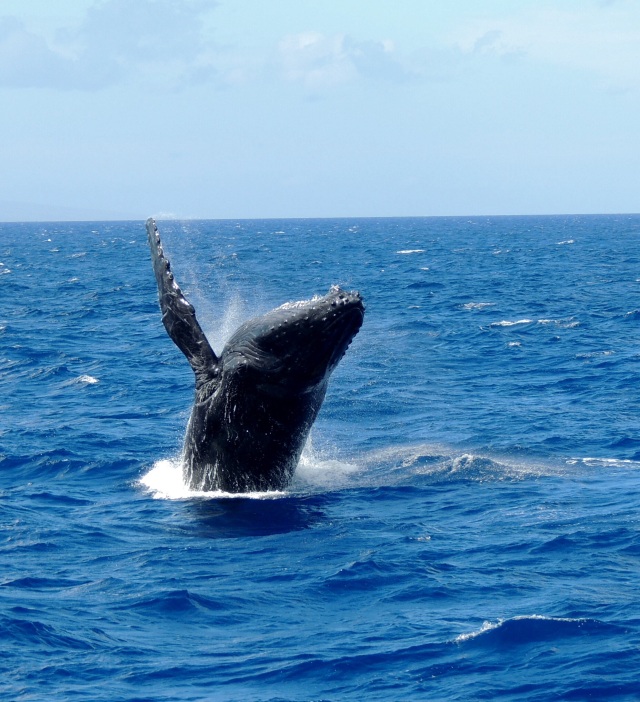 Today we went whale watching, specifically for North Pacific Humpback Whales. It was a glorious display of breaching whales, possibly fifteen or so frisky creatures. It is breeding and birthing season for them at this time of year and one of the helpers at Pacific Whale Foundation mentioned the bay was filled with baby whales. 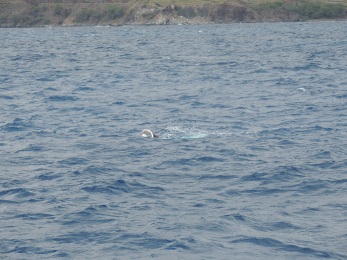 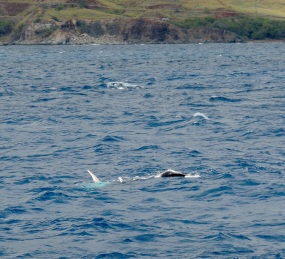 We saw one, but that was rather exhilarating. It’s mother never surfaced, but we were told she was just below her baby. Shown above, the baby is rolling, playing and enjoying the day.

Many of the whales are breaching, likely as a cleaning process to remove itchy barnacles. The speaker said it is unknown why whales breach. 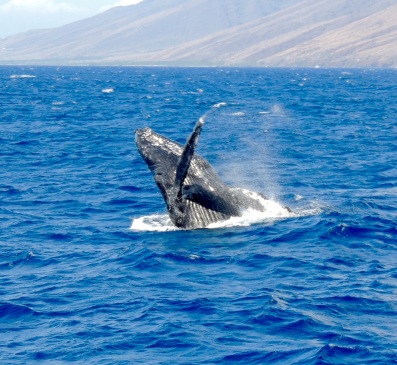 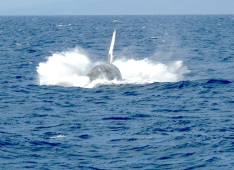 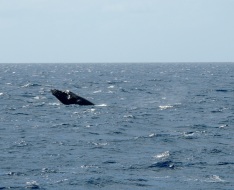 It is surmised the whales come to the tropics to protect the newborn calves from the Orcas and sharks that would eat the youngsters. The whales return to their feeding grounds in the coastal waters of Alaska, mothers with newborn calves last to leave in May. Our boat was a research vessel with one of the crew recording scientific data. We were visiting at peak time for seeing whales. 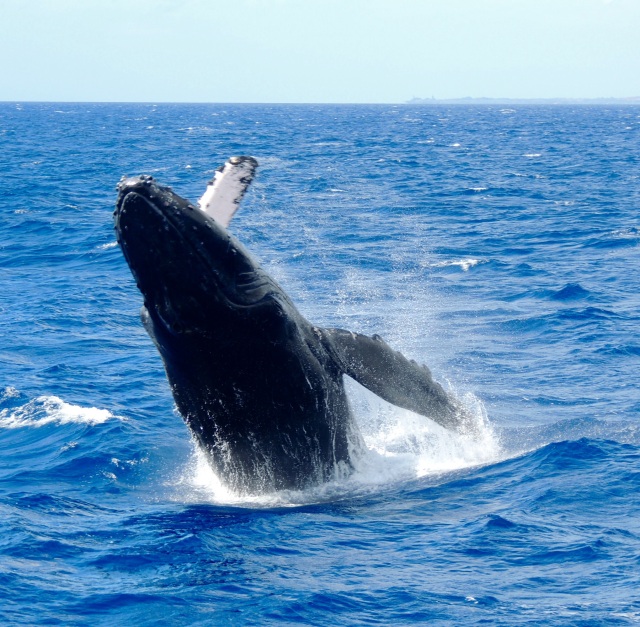 A few of whale watchers got sick on the rough ocean swells, yet the boat crew was very accommodating. I was so thrilled being so close to the whales, yet we were to be one hundred yards away from them. If they swam to us, that was allowed. The researchers tag the whales to record data on a few members of the pod, following their travels. Maui has 75 percent of the whales that come to the Hawaiian Islands for winter. 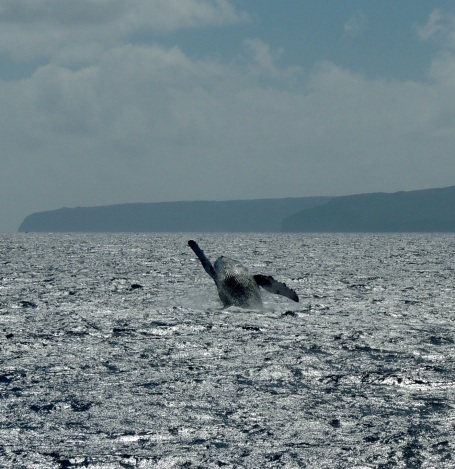 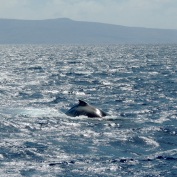 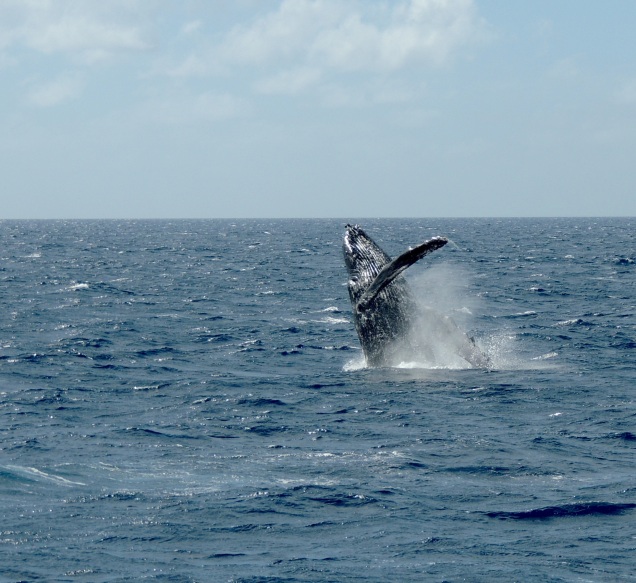 We we were told that the whales are not feeding while in Hawaii and living off fat reserves. I found the trip both educational and fun.

The images were shot with my tiny P510. The D750 did not make the trip – too much sand, sea water and I just plain wanted a bit of freedom from carting around a heavy lens. Sure the photos would have been better and easier to get, but the trip was not all about my photos, it was about fun.

For more unusual critters that I shot with my AW100, see the Sea Turtles on Garden Walk Garden Talk. Those turtles are huge and very gentle.