How Do Eagles Eat When the Lakes are Covered in Ice? 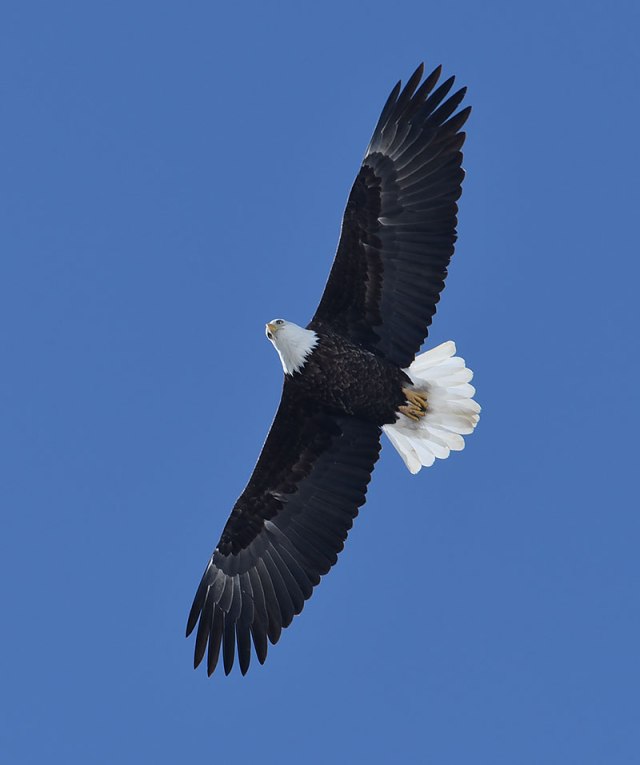 When you see them on the ice just sitting for hours…

that is a question that comes to mind. If you watch long enough, you will notice our national symbol is a garbage picker. Yes, the eagle eats all varieties of dead carcasses and are a very lazy forager. They will also eat live rodents, birds and their favorite meal, fish, but when times are tough what do they eat? When the lake is covered in ice, they await the floaters – ducks that died from starvation to surface from below the ice. They also snatch weak live ducks too.

The Bald Eagle is an amazing flyer, one bird I can watch for hours. Today at Dunkirk Harbor, I saw an eagle fly right into a group of Canada Geese (or ducks, hard to tell at that distance) in the harbor. I watched the eagle on the ice for a long time before it decided to have fresh fish for dinner. It caught a fish, then flew toward the waterfowl resting under the docks. It was almost like it was showing off the catch. It lost the fish right in front of them though. I guess it was rather mad about the lost fish and then decided to give them a scare. 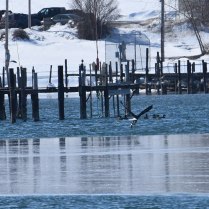 They never made the move to flee even when the eagle was flying right toward them. They stood their ground as the eagle buzzed right overhead. Had that been a group of eagles, all heck would have broken out for that dropped fish. Eagles are lazy like I mentioned and fight like crazy to steal from another eagle. Since it was grass-eating geese, no problemo… 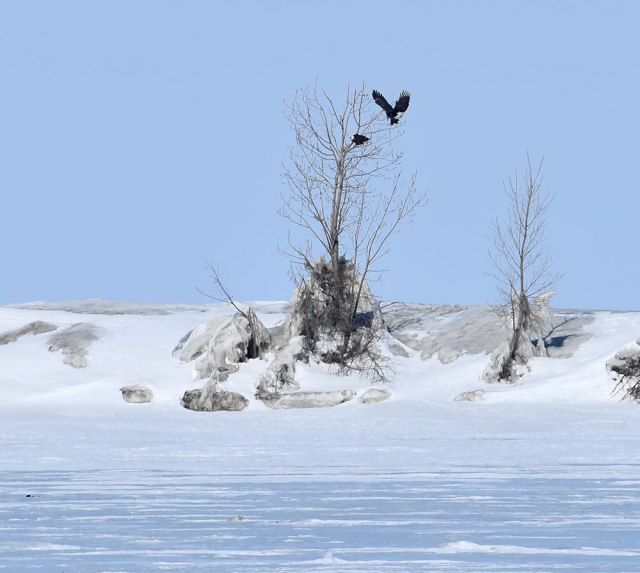 Above are an eagle pair. These two traveled together all day, a formidable team.

The adult eagle above did a nice fly-by for me. I was the only photographer to get such a close, sharp pic all day. Most only had images like below, far away. Even though the photos are far away, they show the ice that these water fowl face each day. Check them out, the ice has a weird interest. There were 11 eagles by the time I left at 1 pm. All the pro photographers must have left for lunch. Unlike the pro photographers, I post the less than wonderful images to show my story. 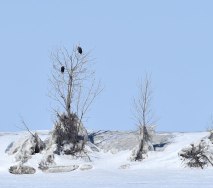 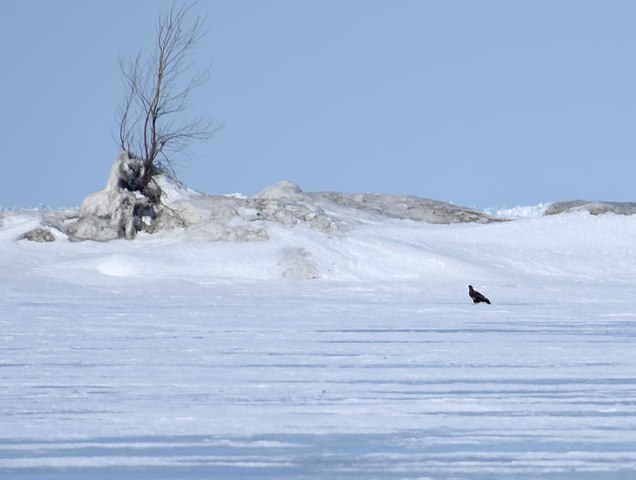 Speaking of lunch, eagles are a bit of gluttons too, feasting to last them for several days. Unlike other birds with a very high metabolism that must eat many times a day, the eagle can even last weeks if need be. I am not sure how many ducks or fish it takes satisfy an eagle though.

40 Responses to How Do Eagles Eat When the Lakes are Covered in Ice?